The Empires formula theoretically makes the game infinitely replayable, but it’s not enough to make any specific playthrough interesting. The combat is less technical, but the Secret Plans are good fun. It’s just a shame that the game runs like a poorly optimized PS3 game.

Why Dynasty Warriors 9 Empires is not better than its predecessors?

Koei Tecmo’s long-running Dynasty Warriors franchise is a fascinating case study in how often a company can re-release the same fundamental game and still make money.

The tried-and-true formula of giving players a one-versus-thousands power fantasy remains fun, but the constant retreading of old gameplay systems results in a game that is just a newer, and sometimes worse, version of its predecessors.

Combat has evolved from the “Battles” of previous games into “Castle Sieges” that occur in the area around each castle. In an always changing environment, use devious planning and military might to enjoy this new style of battle where the biggest question is “What’s the best way to take this castle?”

Dynasty Warriors 9 Empires can’t make up for the shortcomings !

You’ll spend much of your time in Dynasty Warriors 9 Empires in menus. There, you can manage yoru army, as well as spend limited action points to increase the size of your force, collect gold and rations, and engage diplomatically with regions around you.

You can build relationships with unaffiliated soldiers to recruit them, and bond with fellow members of your army. It’s all quite shallow, however. The total number of possible actions are limited, and only a small number of them contribute meaningfully to your primary goal of taking over neighboring sectors.

The other key element in Dynasty Warriors 9 Empires is combat. Your empire can invade other territories, or be invaded. This is the traditional hack-and-slash combat that’s become synonymous with Dynasty Warriors. Armies can have thousands of troops, but almost all of them are simple fodder for the end of your spear. Each map is divided into bases, each of which you can capture by defeating the enemies within a marked area.

Dynasty Warriors 9 and its Empires expansion are destined to be forgotten, just like the disastrous Dynasty Warriors 6. How the myriad of franchise Musou games that have been released are so much better than the series that put Omega Force on the map is entirely beyond me.

Maybe Dynasty Warriors has just gone on too long; there are only so many ways to tell the same tale and upgrade the basic gameplay. Dynasty Warriors 8 understands the process, but that game came out eight years ago. Time marches on while it seems Dynasty Warriors marches backward.

Dynasty Warriors 9 brings the chaotic combat back for another adventure. Here’s some beginner tips to help new players get started.

As such, there have been many new players who have become lost or stuck on the basics of the game and will need a few tips that veteran players know to get started.

Trigger Attacks are one of the best attacks a player can use within battle. Charging up Trigger Attacks will greatly increase their power – which, in turn, means even more damage – and once unleashed, will launch multiple enemies into the air.

Use Accompany and Secret Plan Often

Accompany and Secret Plan are two choices that a player can make in battle, and it would do them well to utilize them as much as they can.

Stat Points Should Go Only Into Three Stats

After a bit of game-play, any player will realize that the Gold Crown accessory is one of the best in the game, and it’s not hard to see why.

The name of the game in Dynasty Warriors 9 Empires is capturing bases for the player’s own benefit.

In Dynasty Warriors 9 Empires, Traders are perhaps one of the most important NPCs that a player could stumble upon in a town.

Playing on Normal Is Boring

Although it may not seem like it at first, many players – even first-time players – have agreed that playing on Normal is just downright boring.

Is Dynasty Warriors 9 Empires worth?

Dynasty Warriors 9 Empires is not worth it.
Of all the Empires spinoffs, this is definitely the weakest. Koei can make great games; Persona 5 Strikers was fantastic. Even Samurai Warriors 5 wasn’t bad, just incomplete. Just about any other musou game is better than this (except vanilla DW9). 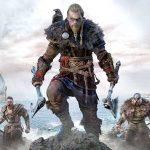 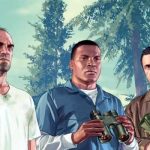 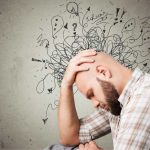 Breathe in…Breathe Out! How Gaming Can Alleviate Anxiety