Are Sméagol and Gollum the same person in The Lord of the Rings: Gollum?

In The Lord of the Rings, Gollum is called by a different name on occasion: Smeagol. Throughout J.R.R. Tolkien’s fantasy series, the character is referred to both as Smeagol and Gollum, with each name holding separate significance: one is his birth name, while the other represents the monster he became, born out of lust and tragedy.

Smeagol began his life a simple hobbit. He discovered the titular ring when he was out fishing with his cousin, and both hobbits were immediately drawn to it. Smeagol killed his cousin for the ring, and its negative power warped his body and mind. One way in which he was transformed was constantly making a horrible gurgling and swallowing sound, which sounded like the word “gollum.” As he began to change, his friends and family mocked him and cast him out of his home, calling him Gollum. The name stuck. He took to the shadows, which is where the fellowship stumbled upon Gollum in the LOTR movie The Fellowship of the Ring.

A few theories have circulated about the deeper meaning of Gollum’s name, but one of the most common ones is that the moniker is a nod to the word “golem.” Tolkien was known for his love of language, and Hebrew was one of the many languages he had studied. The phrase can be found in Jewish and Christian folklore. A golem is an artificially-created being that is brought to life through supernatural means. This creature is typically intended to blindly serve its creator. It can be either villain or victim. All of this is reminiscent of Smeagol’s transformation into Gollum and his subsequent behavior toward and surrounding the One Ring.

The Lord of the Rings: Gollum – Gameplay Overview Trailer

The Lord of the Rings: Gollum will be available in Fall 2022 on PC, PlayStation 5, PlayStation 4, Xbox Series X|S, Xbox One and Nintendo Switch.

The Lord of the Rings: Gollum will take advantage of PS5 features

As we reported in November 2020, Jonas Husges of Daedalic Entertainment told Official PlayStation Magazine that Gollum will make use of the next-gen PS5 tech. Gollum’s actions become more tangible and his physical struggle when he runs out of stamina translates directly to the way the game is played,” said Husges. This points to The Lord of the Rings: Gollum using the PS5 DualSense’s haptic feedback ability, which will likely apply more resistance to the triggers when Gollum is tired or otherwise strained.

The Lord of the Rings: Gollum will have ray-tracing

In the same interview mentioned above, Husges praised the PS5’s SSD component, and said it will help the Lord of the Rings: Gollum vastly decrease loading times and create a large explorable world. It also means Gollum’s world will be incredibly well-lit.

“Clean, ray-traced shadows allow for maximum effect in player guidance in building stealth passages while dynamic and moving light sources bring in the extra challenge when Gollum is roaming through the darkness,” said Daedalic art director Mathias Fischer. “All these things, of course, have the nice side-effect of making the game feel vast, and such free roaming environments we are creating look as spectacular as Middle-earth deserves.”

The Lord of the Rings Gollum release date

Lord of the Rings: Gollum was originally slated to release in late 2021 but in January 2021, developer Daedalic Entertainment announced that the game is being delayed until September 1, 2022, with no more solid window given than that.

As part of the delay announcement, Daedalic Entertainment also confirmed that it’ll be partnering with Nacon to publish the game, with the companies saying in a joint press release (via Polygon) that they’re joining forces “to ensure that the game will meet the expectations of fans of The Lord of the Rings and fully leverage the power of the new generation of consoles.”

When it does launch in 2022, you can expect to be able to play Lord of the Rings: Gollum on PlayStation 4, PlayStation 5, Nintendo Switch, Xbox One, Xbox Series X, and PC.

The Lord of the Rings: Gollum solo video game brings us back to Middle-earth in September

It’s going to be a Sméagol summer as The Lord of the Rings: Gollum, Daedalic Entertainment and Nacon’s stealth action-adventure game starring Gollum, finally has a release date. The new video game set in J.R.R. Tolkien’s Middle-earth is headed to PlayStation 4, PlayStation 5, Windows PC, Xbox One, and Xbox Series X on Sept. 1, Daedalic Entertainment and Nacon confirmed in a news release.

A version for Nintendo Switch is planned for later this year. The Lord of the Rings: Gollum was announced in 2019, and was originally expected in 2021. Daedalic Entertainment delayed the game to 2022, but had not communicated a firm release date before Tuesday’s news release.

Gollum will be based on Tolkien’s books — not the Peter Jackson-directed film trilogy — and draws from Gollum’s behind-the-scenes experiences in The Fellowship of the Ring. The game will cover Gollum’s journey from the Misty Mountains to the dungeons of Barad-dûr to the realm of the Wood-elves in Mirkwood. As Gollum, players will sneak and climb through perilous situations in his search for his lost ring. They’ll also have to contend with Gollum’s other half, Sméagol, who can take over the decision-making process for Middle-earth’s famous hobbit-hater. In a news release, Daedalic says players will encounter “well-known characters from the books as well as a few new faces.”

The Lord of the Rings: Gollum isn’t the only game set in Middle-earth due this summer. Electronic Arts announced earlier this month that it was getting back into the Lord of the Rings business with a new mobile collectible role-playing game, Heroes of Middle-earth, developed by EA Capital Games, the studio responsible for Star Wars: Galaxy of Heroes.

Character Developement in The Lord of the Rings: Gollum

With no ability-based character development across the span of the game, level design will have to be incredibly varied and inventive to continually offer engaging challenges and a sense of progression. But even the Elvenking’s Halls segment of the presentation, taken from halfway through the game, seemed to be made up of little more than climbing ledges and pillars with no real need for overcoming obstructions. Some climbing surfaces do require stamina management to traverse, but that didn’t appear to offer any significant challenge. I’m left with the impression of a game that will simply ask us to move from A to B down linear pathways without much opportunity for experimentation or expression.

Hopefully that’s not the case. Hopefully both segments of the game shown in the presentation are just poor examples of what Daedalic has crafted. Or perhaps Gollum’s strengths simply don’t lie in what was shown; it does draw from one of the deepest wells of fantasy lore in existence, afterall, so perhaps a story with complex choices is actually hiding behind this dull slice of gameplay. But for now, we are left with the underwhelming impression of a simple game that would have landed better in the era when Peter Jackson’s trilogy was still in cinemas than it will in 2022.

We’ll see if that feeling is right when The Lord of the Rings: Gollum releases on PC, PS4, PS5, Xbox One, and Xbox Series X/S on September 1.

Are Sméagol and Gollum the same person?

Gollum was a Stoor Hobbit of the River-folk who lived near the Gladden Fields. In The Lord of the Rings it is stated that he was originally known as Sméagol, corrupted by the One Ring, and later named Gollum after his habit of making “a horrible swallowing noise in his throat”.

Is Lord of the Rings Gollum Cancelled?

Lord of the Rings: Gollum was originally slated to release in late 2021 but in January 2021, developer Daedalic Entertainment announced that the game is being delayed until 2022, with no more solid window given than that.

Why does Sméagol say Gollum?

One way in which he was transformed was constantly making a horrible gurgling and swallowing sound, which sounded like the word “gollum.” As he began to change, his friends and family mocked him and cast him out of his home, calling him Gollum. The name stuck.

What will the Gollum game be about?

The game will cover Gollum’s journey from the Misty Mountains to the dungeons of Barad-dûr to the realm of the Wood-elves in Mirkwood. As Gollum, players will sneak and climb through perilous situations in his search for his lost ring. 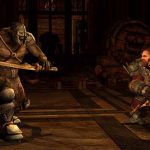 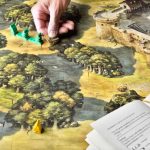 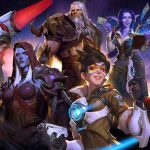 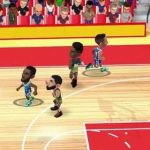 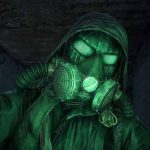 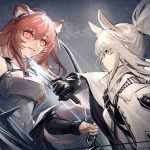 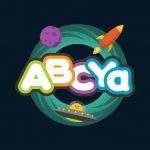 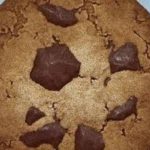 Is Cookie Clicker a real game? How to play the game? 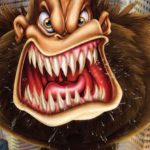 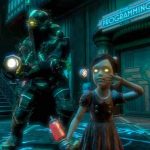 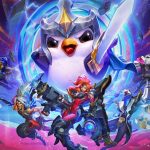 What is the best way to play Teamfight tactics? How to win the game?