DO NOT PLAY THIS DECK! It Will Ruin Yu-Gi-Oh! Duel Links

Yu-Gi-Oh! Duel Links is a free-to-play, digital collectible card game developed by Konami for the iOS, Android and Microsoft Windows platforms, based on Yu-Gi-Oh! Trading Card Game. After an initial beta period, the game was first released in Japan on November 17, 2016, and then released to the rest of the world on January 11, 2017. The Windows version was released worldwide via Steam on November 17, 2017.

What are Missions in Yu-Gi-Oh! Duel Links

If you’re a first-time player, you’ll be given a choice of which Legendary Duelist to start with: Yami Yugi or Seto Kaiba. Pick your favorite and don’t worry about missing out on the one you don’t choose; you can get the other one later. As you begin, the game will teach you how to navigate the different interfaces, and play against NPC opponents controlled by the AI: Standard Duelists in Duel World, and Legendary Duelists at the Gate. PVP competition against other real players opens up later.

The game will also introduce you to Stage Missions. Each Mission has different requirements to complete, like “Summon a certain number monsters,” or, “inflict a certain amount of battle damage,” or, “activate a Spell Card X number of times in one Duel.” Stuff like that. Each Mission you complete gives you items, and if you complete all of the Stage Missions you get 50 Gems, Standard Duelists will fill up Duel World, your Stage goes up by one, and you unlock new Stage Missions to complete.

As you Stage Up, additional Legendary Duelists will become available. Also, once you reach certain Stages, other Duel Worlds like The Dark Side of Dimensions, GX, 5D’s and ZEXAL will open up, unlocking even more Legendary Duelists.

How to Unlock Every Character in Yu Gi Oh: Duel Links?

The easiest character to unlock is Joey Wheeler. All that is required from you is the completion of stage 3 and a victory against Joey in Duel World level 1.if you meet both these requirements, Joey Wheeler will become accessible to you!

Weevil can be unlocked by completing 100 duels against the conventional characters. Utilizing spell cards for at least 30 times in one duel, finishing all missions to unlock different characters and wining against Weevil Underwood in level 30 of the duel world will unlock Underwood.

First thing is to reach stage 20 of the game in order to unlock Rex. Secondly, all the players will have to gain 2,000 effect damage points in a single duel. Completing all the character unlock missions and defeating Rex Raptor in duel world level 30 will unlock Rex Raptor for you.

Unlocking Ishizu to make her playable is no different than others. You will have to present 200 light-attribute monsters, defeat her while you still have 6,000 life points in your pocket; win against her in level 30 duel worlds and completing all character unlock missions.

What are some rules to play Yu-Gi-Oh! Duel Links?

A Game For All – Easy to learn controls make sure the game is approachable by players of all skill levels. Strategic decisions abound as you face off in PvE and PvP battles.

Build Your Deck – Assemble a battle deck from potent cards and monsters. As you advance and fight, you can gain new cards to help make your deck become even better.

Get Into The Duel – Play in matches against other players from all over the world. Mobile devices allow you to enjoy a duel anytime in Yu-Gi-Oh! Duel Links! You can even compete in ranked matches if you wish.

You can continue to play the Campaign and use offline features in the game without an internet connection.

In Conclusion. Yu-Gi-Oh Master Duel is pay to win. The good news is for free to play duelists, creating a single deck desired to climb is very much possible. By using the crafting system and the base amount of currency that the game allots, well informed players can definitely build decks to climb the ranked ladder.

It’s currently the fourth most popular game on the platform by concurrent players. At the time of writing, 172k people are playing the free-to-play card game, with a peak today of 255k. Duel Links, the previous iteration from 2017, was popular but never got anywhere close to that many players.

Can you play Yu-Gi-Oh Duel links on PC?

Download Duel Links to your PC, and experience the most comprehensive free game in the Yu-Gi-Oh! franchise. Yu-Gi-Oh! Duel Links PC is a worthy spin-off that is friendly to both beginners and veterans. 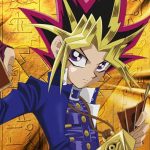 What Is Yu-Gi-Oh! Nexus? What Are The Modes For Players To Choose? 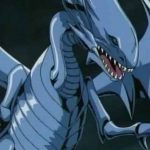