Moto X3M : Motorcycle Games you can Play for Free

Moto X3M is a time trial bike racing game featuring challenging obstacles. There are 22 levels, each of which poses a new challenge and provides the opportunity to perform wild stunts on your dirt bike. Equip your helmet, rev your engine, and race against the clock to the finish line!

How to Play Moto X3M Unblocked

As you progress through Moto X3M, there’s an element of trial and error as you navigate the various obstacles presented by each new track. However, errors cost time and affect your score when you finish the level.

What are the most popular Motorcycle Games?

We have a lot of stunt games, mostly dirt bikes like the fast pace 2d scrolling Moto X3M or the more technical dirt bike game. But we also have some good old 3d arcade motorcycle racing.

If you are a fan of motorcycle wheelies try dirt bike, but if you prefer stoppies then make sure to play get a grip where you will try to beat the longest time on the front wheels only.

For the explosion junkies, try trials dynamite where you not only have to avoid obstacles but also gain points based on how you fail them. pretty funny.
Last but not least our futuristic speed bike racing diesel or death is a must-try.

We selected the coolest motorcycle and bike games you can play for free! We have all genres for your enjoyment, dirt bikes, racing motorcycles, and street bikes! Have fun playing.

With Moto Road Rash 3D, grab the gloves and put your helmet on because you are going on a real motorcycle adventure!

Get ready to fight against time on a powerful motor to make you drag around various beautiful places you have never been before. Featuring motorbike riding simulation with 3D graphics and different challenging roads, you will enjoy your time even if you are sitting on a chair. If you are ready, let the journey begin!

Race with tough toon opponents and beat them by racing on a sky high exotic stunt track!

Ride through various dirt biking tracks as you fly high in the air with your bike and chase victory!

Slide through tough road blocks and deliver packages on a 3 lane road!

The Iconic ragdoll game is back in action! Experience all the fun levels and characters!

Ride stunning bikes through tough races and missions to become the best biker!

Make the highest score in this tough and addicting wheelie game!

The best bike game on web! Stunning bikes, graphics and plenty of customizations!

Moto Bike Attack Race Master
Kick your opponents to dust as you claim your victory in every level!

Ride your bike at insane speeds through a stunning city with missions and quests!

Race with bikers from all around the world and get to create your racing legacy!

The second sequel of the classic Moto X3M, refine graphics but still need flash to play.

Hop on your dirt bike and ride over jumps, do tricks, and try not to fly off! Memorize the course and execute your stunts perfectly.

Drive your bike through amazing tracks with jumps and loops in this simple and fast-paced physics-based game.
Bike Racing is the bike game in which you get to race a motorbike along awesome line drawn tracks whilst performing crazy stunts and tricks. You need to perform the best tricks and as many as you can to get a great score. See if you have the talent and the nerve to get a high score on any of the tracks.

definitive motorcycle racing experience! Real Bike Racing is a must have game for all motor bike riders!

Start the engine, hit the gas and experience the thrill of handling a 200 HP beast. Go bumper to bumper with elite riders to win the world championship. Now get ready for adrenaline fueled racing action and ride your way to victory in the fastest lane of all!

Real Bike Racing is an online Kids game, it’s playable on all smartphones or tablets, such as iPhone, iPad, Samsung and other Apple and android system. Welcome to the last racing experience for motorcycles! Real Bike Racing’s a motorcycle riders’ game! Start the engine, touch the gas, and experience the pleasure of using a highspeed beast.

Go a bumper for the World Championship of top runners. Get ready for adrenaline-fueled races now and take the quickest route to the victory! 90.32% of 3698 players like the mobile game.

They include new and top bike games such as Dirt Bike Rider, Moto X3M Pool Party, Moto X3M Spooky Land, Bike Rush and Trials Ride. Choose a bike game from the list and you can play online on your mobile or computer for free.

What are motorcycle games?

A motorcycle is a two-wheel vehicle with an engine, but we are extending the definition further in our game selection. We are regrouping here all sorts of vehicles you can sit on 😉 The list includes BMX bikes, sports bikes, and even wheelchairs!

Can I play motorcycle games for free?

You can play motorcycles games for free and these include top and new motorcycle games such as Pool Party, Moto Pizza, Moto X3M, Dirt Bike Rider, Moto X3M Spooky. Select a motorbike game from the big list and can enjoy it online on your computer or mobile for free. 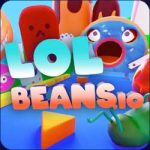