Video gaming has had to deal with a negative reputation when it comes to children and young adults. Studies and research have indicated the adverse impact it has on children, including impaired social development and overtly aggressive behavior.

In China, a new law passed on 1st September, 2021, limits the time children can play video games. These games are available to them for just an hour on Fridays, weekends and holidays. The rest of the time they are banned from playing them!

But not all video games have a negative impact. New research indicates that the use of video games in education could actually be beneficial.

Changing times bring changing trends, and new information in the field of learning and education indicates that introducing video games to the learning experience can actually enhance it. Want a student to develop social and emotional learning skills and engage better in class? Video games may be the answer!

And that’s not all; video games in education have been found to help develop critical thinking as well as fine motor skills as well in children. Other benefits include helping them develop important life skills like team building and leadership!

Students and teachers rejoice! Thanks to great technological advancements, going to class can actually be fun and productive. And we’re not talking about interactive smart boards here – although admittedly, those are cool too – we’re talking about 21st century technologies that’ll elevate the way you grasp a new concept.

Technology is an ever-changing and evolving world. And while previously we might have thought it was only associated with computer geeks or avid gamers – whether console or online casino players – times have really changed!

The Use of Video Games in the Classroom is Not New

Video games are not new props in the classroom – the first possible recorded instance of this phenomenon goes as far back as 1971 with the release of the game The Oregon Trail.

Over time, there have been other games too, including the likes of Math Blaster and Zoombinis. And then there were the others, like Dragon Box: Algebra, Where in the World is Carmen Sandiego? and iCivics.

Another game that underscores the positive effects of gaming in education is Kahoot. This is an educational quiz game developed in the multiple choice format: each question has 4 answers and the player attempts to pick the correct answer. Studies show that playing this game has helped boost the academic scores of children and also improved their attitude towards learning and education.

5 Reasons Why Video Games could be Used in Classrooms

The use of video games in education has been driven by need as well as creative endeavor. Here are 5 reasons why having such an element in education could be a boon for many.

You may not have known this, but video games actually offer a great amount of experiential learning possibilities. This is done by placing the learner in an environment where they need to adapt and solve problems on the go. They’re also useful tools to have when it comes to teaching children new-age skills like critical and out-of-the-box thinking.

A study by the Organization for Economic Co-operation and Development indicates that these games can help students learn creative ways to solve problems in any domain. For instance, if you want your child to develop critical thinking skills, you could introduce them to games like DragonBox: Algebra.

There are other games with a high experiential learning quotient. These include titles like ARTe: Mecenas – where one learns about banking and finance and gets hands-on experience in the field of transactions.

2. Students Get to Learn from Failures

Ever heard the story of Robert the Bruce of Scotland, who learnt not to give up after seeing a spider succeed in weaving a web after countless repeated failed attempts? That principle applies to game-based learning as well!

When you play a video game it’s highly unlikely you’ll be good at it from the word go. You fail quite a few times and then, if you continue playing it, get the hang of it you may very well play and win. This is a great tool to use to drive home the point of not just winning but also of not giving up.

In fact, in his new book the late Jesper Juul said that one of the reasons that video games become so engaging is the fact that you have to work hard to succeed. Failure becomes a motivator because it gets you to play repeatedly and get a hang of the game.

And when the act of failure has a fun element to it, like in Burnout Paradise, the incentive to succeed is that much higher.

Studies have shown that today, students spend just 60% of an official class paying attention to what was being taught. Not too many of the traditional work-around has been able to turn this number upwards.

One way of changing this trend is by introducing video games to the child as part of curriculum so it’s no longer the forbidden fruit. A student’s attention level automatically goes up when he sees a game being introduced in class, by the teacher.

This goes a long way towards keeping the child’s love for the subject intact and also improving his attention span. Video games have particularly been found to work well for students with dyslexia and ADHD.

4. Learning Complex Subjects Can be Fun!

According to educational theorists, students build concepts in their head, and then use said concepts to progress up the learning curve and be successful academically.

The following question helps illustrate this better: which is easier – learning the periodic table on your own or learning an intricate 3D matrix that comes with 27,624 values? If you’re into video games the answer will surprise you: apparently if you’re into playing the game Pokemon, you’ll find it is easier to solve the 3D matrix easier than the 3D puzzle!

A good example of this is the Calculus-based game from the University of Oklahoma. It came about because of the realization that students were dropping out of the science, technology, engineering and math programs in the US primarily because they found it difficult to handle Calculus.

This isn’t the sole game; there are other games as well. Another popular variant is the offering from Texas A&M University – Variant: Limits. Games like these two have helped students understand Calculus easier and better.

Sensitive Usage is the Key

One thing’s for sure – the key to ensuring video games have a positive impact on a child’s learning abilities is to ensure the usage is sensitive and focused. The downsides that video games come with are still there; you cannot wish them away. These include, among others:

Tips for Effective Usage of Video Games in Education

Here are a few tips for educators to follow if they decide to use video games as an educational and learning tool. 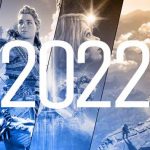 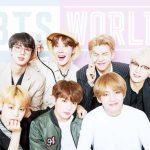 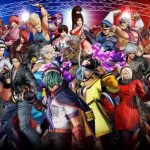 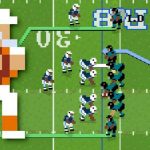