Escape from Tarkov, developed by Battlestate Games, is a multiplayer tactical first-person shooter video game that takes place in the fictional Russian city of Tarkov. The city has been sealed off by government forces following a political conflict, and players take on the role of soldiers who are trying to survive and escape the city. The game has been praised for its realistic gunplay mechanics, detailed inventory system, and player-driven economy, making it a unique and challenging experience among survival and FPS games.

Escape from Tarkov features realistic gunplay mechanics, with a focus on survival and scavenging. Players must scavenge for weapons, armor, and medical supplies while avoiding hostile players and AI-controlled enemies. The game also features a detailed inventory system, where players must manage their weight and inventory space.

The game offers a variety of maps to play on, including the Streets of Tarkov, Woods, Customs, Reserve, and Lighthouse. Each map has its own unique layout and challenges, making the gameplay experience different every time.

In addition, the game also features a ballistics system that takes into account bullet drop and penetration, making it crucial for players to aim accurately.

Escape from Tarkov has a complex storyline with various quests to complete. Quests range from simple tasks such as finding a certain item, to more complex missions such as investigating a crime scene. These quests provide players with a sense of purpose and help to immerse them in the game’s world.

The game’s storyline is divided into several chapters, each one revealing more about the game’s characters and the political conflict that led to the city’s lockdown. The game also features a branching dialogue system, allowing players to make choices that affect the outcome of the game’s story.

Escape from Tarkov features a player-driven economy, where players can buy and sell weapons, armor, and other items. The in-game market is constantly changing, with prices fluctuating based on supply and demand.

Players can also trade with other players, making it possible to acquire rare items. The game’s economy adds an extra layer of depth to the gameplay and encourages players to think strategically about their in-game actions. In addition to the in-game market, players can also use real money to buy in-game currency, which can be used to purchase items.

Escape from Tarkov has been compared to other games like Monster Hunter and DayZ.

However, what sets it apart from these games is its emphasis on realism and tactical gameplay. The game’s gunplay mechanics and inventory system are highly detailed, making it a unique experience among survival and FPS games. The game also features a hardcore mode, which adds an extra layer of realism and challenge to the gameplay.

In conclusion, Escape from Tarkov is a unique and challenging game that offers a realistic gaming experience. The game’s realistic gunplay mechanics, detailed inventory system, and player-driven economy make it stand out among other survival and FPS games. The game’s complex storyline, various quests, and branching dialogue system add to the immersion and make the game worth playing. If you are looking for a game like Escape from Tarkov, some similar games are Rainbow Six Siege, Insurgency Sandstorm, and Ghost Recon Wildlands.

Is Escape from Tarkov free-to-play?

No, Escape from Tarkov is not a free-to-play game. Players must purchase the game in order to play it.

How much is Escape from Tarkov on Steam?

The Standard Edition of Escape from Tarkov on Steam costs $44.99, while the Edge of Darkness Limited Edition costs $74.99.

How hard is Tarkov for beginners?

Escape from Tarkov can be difficult for beginners due to its complex mechanics and realistic gameplay. It is not a game that can be picked up and played easily, but with practice and patience, it can be enjoyable.

Is Tarkov only a PC game?

Is Tarkov worth getting?

Whether or not Tarkov is worth getting depends on personal preference. Some players may find the game’s realistic gameplay, complex mechanics, and player-driven economy to be appealing, while others may find it too challenging. However, it’s a good game for those who are looking for a realistic and immersive FPS game experience. 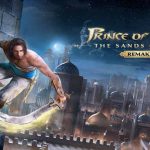 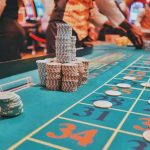 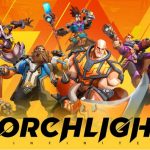 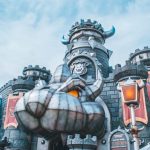 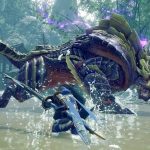 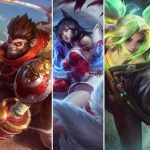