If your Twitter feed has recently become cluttered with yellow and green squares shared by overly smug people, then congratulations — you’ve seen Wordle.  This online puzzle game has gone viral in the past few weeks, as people everywhere have realized that a) it’s great and b) it’s an easy way assert their mental superiority over others.

Wordle is at its heart a very simple game. Your challenge is to guess a five-letter word in six attempts. Each time you guess, you’re told which of your chosen letters are in the target word, and whether they are in the right place. And that’s it.

It’s played via the Wordle website, is entirely free of ads and can only be completed once each day. That’s right — no three-hour time-wasting Wordle sessions while you’re supposed to be working. There’s just one puzzle a day, and everyone completes the same one. It resets at 7 p.m. ET each day, and I always find the wait to be interminable. Still, I can at least fill the time with one of the best Wordle alternatives such as the excellent Absurdle. You can also now play all previous Wordle games, as often as you like.

On January 31, The New York Times announced it had acquired Wordle, but said the game would initially remain free to new and existing players. It did not say when Wordle would be integrated into its apps.

One of the big drivers of Wordle’s success is that social media sharing is encouraged, but in a way that doesn’t spoil the surprise for anyone who hasn’t played that day’s puzzle. When you click the Share button, you get a grid of yellow and green squares representing the path you took, but without revealing the actual letters.

Wordle was created by developer Josh Wardle, a guy who you may have come across before; he was also the man behind the Reddit projects The Button and Place, each of which were similarly brilliant — and brilliantly simple — experiments in internet behavior.

What are the rules of the game?

Wordle is such a simple game that there are hardly any rules. But here you go:

Can you cheat at Wordle?

Yes you can. But you shouldn’t, obviously.

If, however, you really want to delude yourself and your poor social media friends, you can quite easily open Wordle in an incognito browser window, take as many goes as you need to complete it, then return to the window that’s signed in to your profile and enter the correct word.

There, you did it in one guess. Aren’t you clever?

There are plenty of other Wordle-like games out there, ranging from unashamed clones of the worst kind to others which are clearly inspired by it but which don’t go as far as to rip it off. Our favorite of these right now is Absurdle, which uses the same format but then puts a nice twist on it.

Of course there are also many other games spread across Android, iOS and the web that can help you get a fix of word-based fun while you wait for that timer to count down to midnight. We’ve rounded up our pick of them in our best Wordle alternatives article.

WHERE DO I FIND this game?

The game is web-based, so there’s no official app to download (although it’s not for lack of trying by a few copycats). You can play using a mobile or desktop browser; just go to www.powerlanguage.co.uk/wordle/. You have until midnight, when the word resets and a new word is there for you to guess. I often start a game, leave the browser tab open, and come back later as I try to figure out the correct word.

HOW DO I PLAY WORDLE?

Everyone has their own strategy for how they approach that first blank grid of squares. Choosing a word that has a lot of vowels as your first guess is a solid plan; once you rule out the various vowels, it narrows the word choices significantly (and no, I am not telling you my secret starting word). Type in your word and hit “Enter.”

In the screenshot below, the keyboard shows letters you’ve guessed wrong (in other words, that are not in the word) in dark gray or black and the letters you haven’t guessed yet in light gray. You’ll know you’ve won when all the letters turn green (and a compliment like “Impressive” appears).

WHAT ARE THESE SQUARES EVERYONE IS SHARING ON TWITTER?

Originally, Wardle didn’t create a sharing component for the game, but after seeing users on Twitter sharing their results using green, yellow, and black square emojis, he added a share button that lets you copy your results once you’ve completed the game in a way that won’t give away the day’s word to anyone who hasn’t played it yet. So in the grid below, you can see I guessed completely wrong on the first entry, got two correct letters in the right spots on the second guess, and guessed the word correctly on the third try (not bad!).

ANYTHING ELSE I NEED TO KNOW?

There’s a high contrast “color blind” version and a dark mode available; you can toggle them on using the gear symbol in the upper right corner next to the word WORDLE. If you’re really feeling lucky, you can also toggle on “Hard Mode,” which requires you to include any hints in the next word. For instance, in the first screenshot, in hard mode, I would have to include the R, the T, and the O in my third guess (so RADIO wouldn’t have worked there).

It’s worth noting that this display option can be difficult for those who use screen readers online, such as people who have low vision. Developer Cariad Eccleston, founder of antagonist.app, created a way to make your results accessible (h/t to Liam O’Dell for this tip). Paste the results you copied from the Wordle site into the translator at wa11y.co/, and you’ll get a text description of how you did. Here’s today’s description:

How do I play Wordle?

To play the game, people are required to guess a predetermined five-letter word in six tries. The yellow and green squares indicate that the Wordle player has guessed a correct letter, or a combined correct letter and placement.

What is a Wordle puzzle?

What is the point of Wordle?

The aim of the game is to guess a mystery five-letter word, known as the “wordle” in six tries. After each guess, the colour of the tiles will change to reflect how close your guess was to the word. For example, if a tile turns green, that means that letter is in the word and in the correct spot.

Why is everyone playing Wordle? 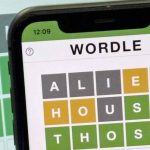 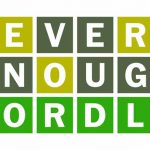 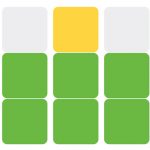 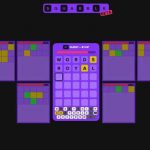 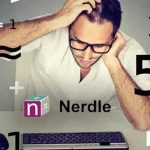 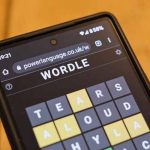 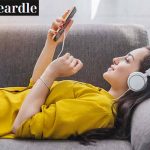 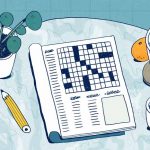 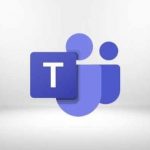 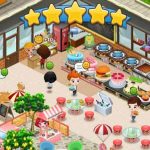 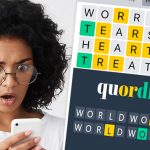 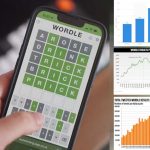