What’s Next For Tom Holland’s Spider-Man?

Tom Holland says he might step behind the camera of Spider-Man 4 to produce the movie with a new actor as Spidey.

With reports of a sequel trilogy for Tom Holland’s Peter Parker surfacing, we think we know where the web-slinger will go post-No Way Home.

we’re here today to figure out what’s next for our current Peter Parker after his turn in the brilliant Spider-Man: No Way Home, which released in theaters this past Thursday. Because we think, even in spite of that recent quote, that we’re getting another trilogy of Holland-led Spidey films, since a producer for the film, Amy Pascal, told Fandango, “We are getting ready to make the next Spider-Man movie with Tom Holland and Marvel… we’re thinking of this as three films, and now we’re going to go onto the next three. This is not the last of our MCU movies.”

Pascal later walked back the comment slightly, telling Variety that it’s ultimately up to whether or not Holland is in.

But if we had to put money on it, we’d say that there will absolutely be another Holland-led trilogy, with the full crew on board, including Zendaya, Jacob Batalon, and director Jon Watts.

Especially after No Way Home makes a bazillion dollars. Wait. You feel that? It’s your no-spoiler forcefield fading away. Turn back now if you haven’t seen No Way Home—because we’re about to speculate where the sequel trilogy could take Parker.

Will Tom Holland be in Spider Man 4 ?

No Way Home, for all of its cameos, surprises, and twists, actually wipes Peter Parker’s slate relatively clean.

Everyone forgets that Peter Parker is Spider-Man!

So, MJ and Ned are MIT-bound, joyfully naive as Peter runs a solo Spider-Man operation from his first big boy apartment in New York. (By the way, how can Parker afford to live in Midtown East?)

Holland was already pushing the limit of his believability as a high-schooler way back in Homecoming. By the sound of it, too, the man likely will take a break before his next Spider-Man outing. Which means Holland will be pushing 30 years old when we see him again, any potential Avengers team-ups aside. Think about this potential option: Spider-Man 4 picks up with Peter four years after his coming of age in No Way Home, now a fully-established, grown-up Spider-Man. He’s fought whatever Avengers battles he needed to fight, Ned and MJ are about to graduate from MIT and return to New York City—and will you look at that, a new villain is in town just as everyone’s in the same place again.

Before we get to the baddies, let’s talk about Peter and MJ. In No Way Home’s penultimate scene, we see Peter decide not to remind MJ of their history together. At first, it seems like nerves got the best of him. What if, in that moment, Parker realized that MJ needs to live her life without any Spider-Man-adjacent danger, if only during college?

Now, look at this other bit from Holland’s People interview: “I would love to see a future of Spider-Man that’s more diverse—maybe you have a Spider-Gwen or a Spider-Woman,” Holland said. “We’ve had three Spider-Mans in a row; we’ve all been the same. It’d be nice to see something different.”

Sorry to any and all supporters of Tomdaya, but we’re guessing the sequel trilogy will see Parker date Gwen Stacy, en route to her debut as Spider-Gwen. Of course, he’ll end up with MJ at the end of it all—but not before they spend some time apart.

The Future of Spider-Man After ‘No Way Home’

This story contains spoilers for Spider-Man: No Way Home

Spider-Man: No Way Home isn’t just the last chapter in a trilogy. It’s a soft reboot for Marvel’s most popular superhero.

By the end of the movie, Tom Holland‘s Peter Parker has not only lost his Aunt May but he has chosen to erase the memories of every single one of his remaining friends.

He evolves from a wide-eyed whipper-snapper who relied on the help of mentors like Iron Man and Doctor Strange into a loner who understands that “with great power comes great responsibility.”

If the first two entries in the Homecoming trilogy featured a Disney-fied version of Spider-Man, the final installment harkens back to the Tobey Maguire and Andrew Garfield Spider-Man films that Sony made in the ‘00s and ‘10s. Any future Spider-Man movies starring Holland will likely adopt this more serious tone.

Tom Holland says he might step behind the camera of Spider-Man 4 to produce the movie with a new actor as Spidey.

Spider-Man will be web-slinging his way back onto the big screen soon enough, but will it be without Tom Holland in the suit? It’s been hard to say lately.

Producer Amy Pascal has said there are plans to bring back Holland for another trilogy of movies, but it was later reported that this announcement was premature. Officially, Holland is not signed on to star in any more movies at this time, even if development on Spider-Man 4 is already in its early stages.

Speaking about his future as Spider-Man with The Hollywood Reporter, Holland cast some more doubt on his potential return to the role. That doesn’t mean he’s finished with the franchise, as he suggested he might work on Spider-Man 4 as a producer. The actor does admit he’d be sad to say goodbye, suggesting he hasn’t actually bid farewell to the role just yet. With that said, he notes that he feels satisfied with all he’s done with Spider-Man so far and feels like he’s ready to move on.

“In all honesty, I don’t know the answer to that question. There have been conversations about the future of Spider-Man. Whether it will be with me, I’m not too sure yet. Maybe I’ll be a producer or something, I don’t know. But I do know that I love this character and I would be sad to say goodbye, but I have achieved basically everything I wanted to achieve as this character. I really think I’m gonna win the Oscar for this movie, so that’s great. So, I’m ready. I’m ready to say goodbye.”

Last month, Holland also said that it might be time for him to move on. He suggested that “maybe what’s best for Spider-Man is that they do a Miles Morales film.” He also said that if he was still playing Spider-Man after he’s 30, then he’s “done something wrong.” As Holland is 25, production on his next movie as Spider-Man needs to happen quickly, especially if they succeed in convincing Holland to sign on for another trilogy. In any case, Holland’s return to the role is clearly not guaranteed at this time.

You can’t blame Marvel and Sony for wanting to make more movies with Holland’s Spider-Man. The premiere of Spider-Man: No Way Home has been a monumental success, breaking records with one of the all-time greatest opening weekends. The ambitious release had a lot of interest from fans heading into it because of its links to the previous Spider-Man movie franchises. As revealed in the marketing, the new movie brought in characters from Sam Raimi’s Spider-Man movies, such as Alfred Molina’s Doc Ock and Willem Dafoe’s Green Goblin, along with others from The Amazing Spider-Man universe, like Jamie Foxx’s Electro. 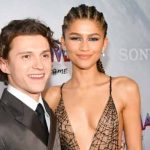 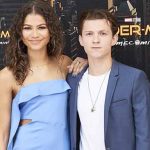 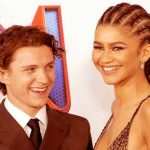 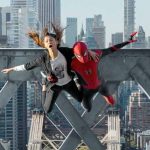 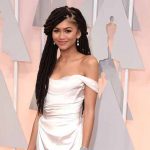 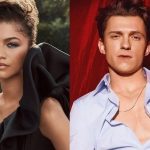