Gareth Southgate has become one of the first managers of a World Cup 2022 squad to break cover and announce the final line-up for his team. The former England defender and midfielder led the England Under-21s side for four years between 2013 and 2016, before being elevated to the top job prior to the 2016-2017 season. Under Southgate’s leadership, the England side has performed strongly, but is still waiting for their first major trophy since their famous 1966 victory over Germany.

The speculation around Southgate’s choices for his World Championships 2022 side have reached fever pitch during the past few weeks. The manager finally released his picks for the final 26 players who will be travelling to the World Cup in Qatar three days ago on November 11th, 2022. Southgate has certainly not had things all his own way, however, as both halves of the famous Chelsea duo Ben Chilwell and Reece James were ruled out due to injuries sustained during their clubs Premier League campaign.

On the other hand, Kyle Walker and Kalvin Phillips both earned a surprised reprieve after undergoing surgery for their own injuries between September and October. It wasn’t just injuries which presented a strong challenge for Southgate, however; Leicester City player James Maddison was another surprise inclusion among the Final 26, despite having only one cap for England back in 2019. Despite this, Southgate decided to give the player a fresh chance on the big stage after showing impressive form during the 2022 season.

Whilst Maddison will no doubt be thrilled at being picked to go to Qatar, there was inevitable disappointment for other players as well. Two such examples include Ivan Toney and Fikayo Tomori, two players that could easily be argued deserved a place in the final grouping. Instead, Southgate opted to select players who have played a key role in his earlier successes, such as reaching the finals of the UEFA Euro 2020/21 tournament.

One such player who was selected for the squad was Bukayo Saka, who was left devastated after missing a crucial penalty towards the end of England’s UEFA Euro campaign. The player stated that it was a childhood dream to play for England at a World Cup – a dream that would now come true – and Southgate has expressed confidence that the player has learned from earlier mistakes and would not be doomed to repeat them in Qatar.

Some pundits expressed concern over Harry Maguire’s selection after he suffered a stumble or two earlier this year, but Southgate was quick to return fire via Twitter: “He is one of our best centre-backs, I think we know within the squad that we have a lot of players that been to tournaments and performed at the level and know what is required. We have other players who are playing well and in form at this moment, and we have to balance that when we are picking our team.”

When others showed surprise at the selection of Kalvin Phillips, Southgate stated that whilst he won’t be able to play seven 90-minute matches, it is important to build his fitness. The manager doesn’t believe that the squad has a great deal of coverage in the areas where Kalvin specialises, so feels that his selection was a risk worth taking. It will be interesting to find out if Southgate’s belief in these players who have not necessarily had a great season at the club level will pan out on the pitch.

Meanwhile, with respect to Reece James, the England manager stated that he didn’t think it was right to take a player who would not be available for the entirety of the group stages. “There were too many unknowns… it would have been deemed arrogant in some circles… and you’d be dropping him straight into a quarter final.”. 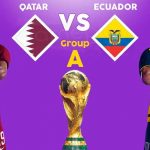 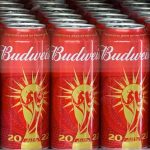 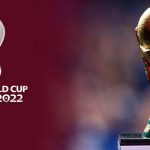