What is Sleepy chicken challenge?

The so-called ‘sleepy chicken’ trend sees users concocting their very own chicken dish, braised in a cold and flu remedy.

Users refers to the recipe as ‘Nyquil chicken’ or ‘sleepy chicken’, and the UK equivalent to Nyquil would be a product like Night Nurse.

Doctors have warned that you should not be braising your chicken – or anything for that matter in a cold and flu remedy product.

Several videos on TikTok show people making the ‘dish’, with some using close to half a bottle of the medicine for their meat.

While most people usually take medicines or food with supplements, this trend sees the food being soaked in the solution.

As Forrest Gump said, “stupid is as stupid does,” but it seems stupid is contagious on the Internet. Such is the case with the incredibly boneheaded and dangerous “Sleepy Chicken” trend on TikTok, which could get people sick, land them in the hospital, or worse.

Similar to the now-defunct platform Vine, TikTok has had some great memes, dances, and other things come of it. However, the opposite is also true on the platform, with dangerous challenges and dumb ideas coming about on a regular basis. The “Sleepy Chicken” challenge falls into the latter group, as people record themselves braising chicken in Nyquil “as a remedy for the cold and flu.”
Though this trend is not new and may have begun as more of a meme in the last few years, it has persisted and TikTok is now taking down many of the videos and warning users. Subsequently, if you search for “Nyquil Chicken” on the platform, the site will show you a link to “Learn how to recognize harmful challenges and hoaxes.” This is likely due to doctors and the powers that be wanting to hold the platform partially responsible for what is being posted.

Dr. Aaron Hartman, physician and assistant clinical professor of family medicine at Virginia Commonwealth University, recently spoke with the International Business Times about this trend. He explained that “If you ate one of those cutlets completely cooked, it’d be as if you’re actually consuming a quarter to half a bottle of NyQuil.” Moreover, if faithfully reenacted, the cooking process shown in some of the videos could lead to users getting food poisoning from woefully undercooked chicken and inhaling noxious Nyquil fumes.

You should be very chicken about trying this new TikTok trend. The so-called “NyQuil Chicken” or “Sleepy Chicken” trend consists of cooking chicken breasts in a pan while they’re drenched in NyQuil or some similar over-the-counter cough and cold medication. Now, in general, you should be careful about what you put on your breasts. But cooking chicken breasts with such a medication would be particularly fowl play and potentially very bad for you.

It’s not clear if this bird-brained trend was originally meant to be a joke.
Hmm. Not exactly Wolfgang Puck. Or Wolfgang Cluck, for that matter. The video started with a guy holding a NightTime medication bottle over a pair of chicken breasts and saying, “I got sick last night so I’m cooking up some NyQuil chicken.” Now, NightTime may not be identical to NyQuil. But presumably it’s similar, and TikTok videos ain’t always scientifically precise.

The new TikTok “Sleepy Chicken” Challenge is getting a lot of attention, especially from the doctors and medical experts, as they find it can endanger people’s health.
This new trend became popular since some individuals claim that it can cure flu and cold. Because of this, people started to make the so-called Nyquil chicken as a remedy to these illnesses.
The sleepy chicken can be cooked by marinating the chicken meat using Nyquil solution, a cold medicine that contains paracetamol with dextromethorphan.

People can easily buy this over-the-counter medication since it is available in many drug stores. Many people were found using half a bottle of Nyquil over their chicken meat.

According to HITC’s latest report, the new TikTok Sleepy Chicken trend is quite concerning. Doctors and other medical experts shared their thoughts about this new challenge.

Internet bugs may recognise the ‘sleepy chicken’ trend from a similar 2017 challenge that went viral on Reddit, called ‘sleepytime chicken.’ The latter required participants to follow a recipe on the lines same as the recent challenge. As per reports, the tag ‘#nyquilchicken’ on TikTok has amassed lakhs of views, indicating its popularity.

Many are touting it as a great ‘cold remedy.’ (Why not just take the cold medicine directly instead?)

Doctors are not pleased with the trend, it seems. Mic quotes a physician as saying that cooking cold medicine on the stove with chicken saturates the meat with a “super concentrated amount of drugs” that is dangerous to consume. Even consuming one medicine-braised chicken cutlet would be akin to finishing off a half bottle of medicine in one go.

What are some different ways to cook chicken?

If you would like to stir-fry chicken, breasts or thigh fillets are the most ideal cuts to use. Use a sharp knife to cut the breast or thigh into thin slices.
Heat a wok over high heat. Add a little vegetable oil and heat until just smoking. Add a small portion of the chicken meat and stir-fry for 1 to 2 minutes or until golden brown and just cooked through.

With stir-frying, we add the chicken in batches as adding too much meat at once reduces the temperature of the wok, meaning the chicken meat will stew in its own juices rather than cook quickly and brown with a lovely natural caramel flavour.

To pan-fry chicken, the ideal cuts for this are chicken breast, tenderloins or chicken thigh fillets. These are pieces that are small enough to cook through without the outside overcooking and burning.

If you would like to char-grill or barbeque chicken, choose chicken breasts, tenderloins or thigh fillets. If you are using a flattened chicken, you can char-grill both sides for colour and flavour and then place in the oven to cook through thoroughly with moderate heat.

For baking, Wings, drumsticks, chicken thigh cutlets and whole chickens are best. As these cuts have a bone in the centre, it takes these cuts longer to cook all the way through.

By baking, the drumstick will be cooked by an even heat all over, while gently cooking the skin at the same time.

What is this new TikTok challenge?

The newest ‘TikTok challenge’ apparently involves posting threats of school shootings and bombings. “which is why we’re working with law enforcement to look into warnings about potential violence at schools even though we have not found evidence of such threats originating or spreading via TikTok.”

The healthiest way to cook chicken is to bake it in the oven or stir fry it with vegetables. Put the parts in a baking pan, rub some olive oil on them, and surround them with plenty of garlic, lemon, carrots, or whatever you like. Bake at 350° until brown.

What is the healthiest way to eat chicken breast?

Baking, sauteing and grilling are among the three healthiest ways to cook chicken breasts, and they will reach a safe internal temperature of 165 degrees faster the thinner they are cut. 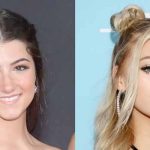 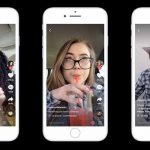 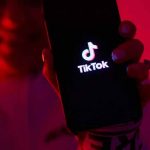