Teaser trailer concept for the HBO The Last of Us series. Starring Pedro Pascal and Bella Ramsey as Joel and Ellie. Leave a like and let me know what you think in the comments below. Thanks for watching!

The show’s 10-episode first season is said to be adapting 2013’s The Last of Us. With shooting now fully underway, much of the show’s cast has been unveiled, confirming live-action debuts for many of the game’s beloved characters.

Pedro Pascal will play the series’ lead male protagonist Joel Miller, who will be seen breaking free of an oppressive quarantine zone and journeying across a post-apocalyptic America.

Pascal will be headlining the series with fellow Game of Thrones alum Bella Ramsey, who will be playing Ellie, a young orphan who is immune to the virus that is ravaging Earth and must be delivered to a group called the Fireflies in order for them to create a cure.

It was announced that Gabriel Luna had joined the cast as Joel’s brother Tommy, a former soldier holding onto his idealism in the post-apocalyptic landscape. Merle Dandridge, who voiced Marlene in both The Last of Us and a flashback in The Last of Us Part II, is reprising her role as the leader of the Fireflies in the live-action series.

We don’t have a release date for The Last of Us HBO series just yet, but we shouldn’t expect to see the series land on HBO until late 2022. 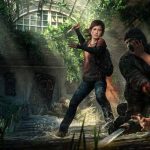