This page is dedicated to helping you find the best gaming laptop under 1000 USD for your specific needs. Every one of the five gaming laptops we have selected has different pros and cons which we will list, as well as talking through the various specifications of graphics card, CPU, RAM, display, storage, and ergonomic features.

Is the best gaming laptop under 1000 USD worth buying?

A gaming laptop for 1000 USD is where we typically recommend people start looking if they want a laptop capable of gaming but don’t want to break the bank. $1,000 is the lower end of the mid-range gaming laptop price range, and anything significantly below this is what we would term a budget gaming laptop. For $1,000 you will be able to play the latest games on the market, even the most demanding ones, on at least the lowest settings.

Things to consider when buying a gaming laptop under $1,000

Realistic expectations of gaming performance
Gaming laptops are expensive on a price-to-performance basis. You pay a very significant markup when buying a gaming laptop compared to a desktop PC, purely for the convenience of being able to carry it in your bag: it is after all quite difficult to cram in all those same components and keep them from overheating into a fairly narrow space.

Resolution
Under $1,000 your choice is limited entirely to 1080p resolution screens. This is the standard resolution for competition gaming anyway, which many people on higher budget would choose regardless. Furthermore, it is of questionable benefit to get a higher resolution display unless you are looking for a laptop with a screen size above 15 inches.

Hard drive and RAM
It’s rare to find a gaming laptop in this price range that comes with a hard drive (usually an SSD – i.e. Solid State Drive) above 512GB. Fortunately, most laptops can be upgraded in this area, and a better / additional SSD put in to increase the storage capacity. You should check to make sure that the laptop you want does indeed allow you to do this before you purchase it.

Dell streamlined its G-series gaming laptops, going from three models down to just one — and it’s all for the best. Instead of having to decode the various feature and quality differences between them, there’s just one chassis available with a variety of configurations with an 11th-gen Intel processor or AMD Ryzen 5000 H-series processor. All of the processors can be paired with up to a 6GB Nvidia GeForce RTX 3060, 8GB DDR4 RAM or 16GB DDR4 RAM and 256GB SSD or 512GB SSD.

It’s the bright screamin’-green backlit keyboard that really gives away that HP’s 15.6-inch Pavilion Gaming laptop isn’t just a normal midsize notebook. Sure, there are some pretty large rear fan vents, but otherwise the chassis is fairly tame and all black except for a slight green tint to the HP logo on the lid. Inside the gaming notebook is an excellent mix of components that are good for gaming as well as work.

The Legion 5 is an updated version of the Y540, which was one of our favorite gaming laptops for its design and best gaming laptop value. There are a few changes to this gaming machine’s design, but mostly it’s what’s inside that’s changed, including a choice between AMD (Legion 5) and Intel (Legion 5i) processors. Prices still start at just under $1,000 for the AMD models but if you can spend closer to $1,580, you’ll get more for your money.

With the Ryzen 7 CPU, RTX 3050 Ti GPU, and 16GB of RAM, you’ll be able to max out any game you throw at this laptop. Not to mention, the addition of the 165Hz refresh rate display will provide an incredibly smooth in-game experience.

While the Lenovo Legion 5 listed above was our pick for the best option under $1,000, the ASUS ROG Strix G15 isn’t that far behind it. It does come in at just under $1,000, too, so if you have a strict budget, this ASUS gaming laptop might be your best bet.

In comparion to our top pick, the ASUS ROG Strix G15 has a slightly weaker CPU and GPU, has half the memory, and has a slightly slower refresh rate. And, it’s only ~$50 cheaper. That’s why we recommend choosing the Lenovo Legion 5 over it. Not to mention, the Acer Nitro 5 listed below has nearly identical specs and you can grab it for nearly $200 less.

While we did choose the ASUS TUF FX505DT as our top budget option, the truth is that you could make a strong case for the L340 in its place. The L340 does come with the slightly better processor and the larger SSD at a slightly lower price.

One option you might want to consider if you don’t quite have enough to get the GT75 or the Acer Predator Helios 300, is the ASUS ROG G531GT.

Yes, the best gaming laptops under $1000 come with a powerful Intel Core i7 and AMD Ryzen 7 processor paired with Nvidia’s latest RTX 3050 Ti GPU, which can run all the latest games at decent frame rates. But for the most graphics-intensive titles, you might have to scale down a setting or two to achieve the smooth framerates.

If you look at the gaming laptops market, you will find that the cheapest gaming laptops with an entry-level GTX 1650 or RTX 3050 graphics chips will cost you somewhere between $600 to $800. These cheap gaming laptops can also run all the latest games smoothly but at low or medium settings. However, slightly older titles like CS:GO, Minecraft and WOW are no problem for these laptops and will run smoothly at even high graphics settings. If you are just a casual gamer, you’ll be more than happy buying a cheaper sub-$800 gaming laptop.

At around the $1000 mark, you start seeing budget gaming laptops with mid-end graphics chips like the Nvidia GeForce RTX 3050 Ti and RTX 3060. These chips provide decent enough performance to quench the thirst of most gamers and can handle even heavy gaming at 1080p. While you’ll have to tweak down a few settings to achieve around 100FPS in the very graphics-intensive titles, you’ll be able to enjoy most games at default settings on the best gaming laptops in the $1000 price range.

But, most of us don’t need such powerful (and expensive) laptops for gaming. The gaming laptops under $1000 are good enough.

Is a 500 dollar gaming laptop worth it?

Is 8GB RAM enough for gaming?

8GB of RAM is the minimum amount of RAM for any gaming PC. With 8GB RAM, you will be able to play most released games without many problems, but some games might not play at the highest quality, and you might have to shut down other applications.

How much RAM is good for gaming?

Most games recommend 16GB of memory for speedy, high-performance play. Having this much RAM in your computer will allow you to change what games you play, and to avoid issues with lag and stuttering. At an absolute minimum 8GB is usually a good starting point for most games.

Is i5 good for gaming?

Best answer: The Intel Core i5-12600K is a brilliant processor for gaming. Rocking 10 physical hybrid cores and 16 threads, this CPU is more than powerful enough for the latest GPUs and PC games. 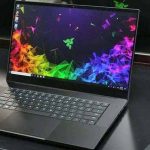 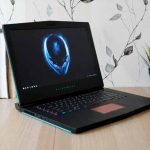 What’s so Special about Alienware? what is the Best Gaming Laptop in the World? 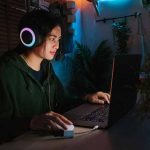 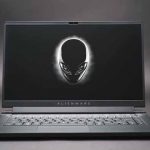 The Best Dell Gaming Laptops: Are they good for gamers? 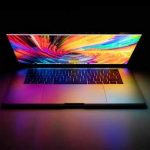 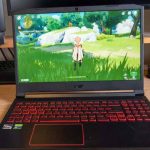 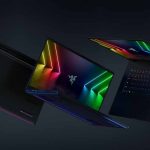 The Best Razer Gaming Laptops In 2022: How We Choose The Best? 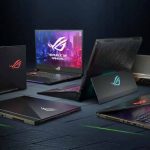 ASUS Gaming Laptops: How good are ASUS laptops for gamers? 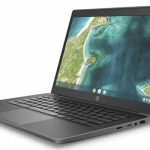 HP has revealed the HP Fortis Chromebooks and Windows laptops, which are designed for remote learning and have a durable construction 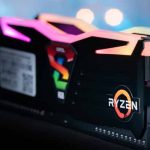 Best DDR3 RAM For Gaming in 2022? How to Pick and Test Them? Are They Good for Gaming? 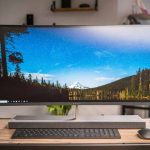 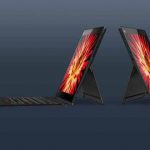 The Best Lenovo Gaming Laptops: Are they good for gaming?