What is a Press Release?

A press release (PR) is a short, compelling news story written by a public relations professional and sent to targeted members of the media. The goal of a press release is to pique the interest of a journalist or publication.

The press release should contain all the essential information (who? what? where? when? how? and most importantly why?) for the journalist to easily produce his own story.

Ten years ago, people still relied on morning papers for news. Today, the vast majority of your company’s customers and prospects scan headlines on Twitter or see what’s trending in their Facebook feed.

A press release should read like a news story, written in third-person, citing quotes and sources and containing standard press release information.

The standard press release begins with contact information, mostly likely the name, phone number and e-mail address of the person who wrote the release. Then comes the headline, arguably the most important four or five words in the whole PR. The headline will be what the journalist reads first. If it’s not intriguing, newsworthy and unique, he’ll read no further.

How to Write a Press Release

A regular cadence of meaningful news can help a company stand out and build mindshare with journalists over time. That’s where the press release (or news announcement) comes in.

What Is a News Release?

A press release is an official announcement (written or recorded) that an organization issues to the news media and beyond. Whether we call it a “PR,” a “press statement,” a “news release,” or a “media release,” we’re always talking about the same basic thing.

While the heading should contain action verbs, the first paragraph should answer the “who,” “what,” “why,” and “where.” The press release should also contain understandable language and a quote.

Most press releases are succinct at just a page long — two pages, tops. Ultimately, companies want to provide enough information so that news outlets have sufficient material for publishing their own stories about whatever the company is announcing in the release.

And while it may be tempting to craft a press release that embellishes your company’s accomplishments or twists the facts to make a story sound more intriguing to the media, remember: Press releases live in the public domain, which means your customers and prospective customers can see them. So instead of thinking of a PR solely as a ticket to earning news coverage, you should also think of it as a valuable piece of marketing content.

While there’s no cut-and-dried formula for what a press release should include, here are a few types of occasions to help you carve out a focus for your press release and determine what content would help you broadcast your news in the best way:

The product launch type of press release is valuable to get the word out about the new solutions your organization is offering to consumers. This release will emphasize the product’s specs, pricing, availability, and any other details that may be valuable to consumers.

Organizational change is noteworthy enough to warrant a press release, especially for informing current and future stakeholders about the growth and trajectory of a company. To announce an acquisition or merger, include details about all organizations involved, information about the merger or acquisition, and quotes from the leadership teams.

Similar to a new product launch, product updates and expansions are also ripe for promotion. Explain what the change is, why it was made, and how it benefits the user.
Events

Press releases are an important component of event marketing to attract promotion from news outlets and other media sources. You’ll want to include what the event is about, who should consider attending, when and where it will be held, pricing, and any other necessary details.

Similar to mergers and acquisitions, a press release announcing new partnerships is a mutually beneficial marketing tactic. To effectively execute this type of release, be sure to write a summary about each company, why the partnership was created, who benefits, and any additional important details for current and future stakeholders.

Rebranding is a difficult thing for any business to do, and it can occasionally result in confusion and awkwardness. One way to make the transition smoother is by announcing the rebrand with a press release, including details on what is changing, the reason for making the change, dates the changes go into effect, and quotes from the leadership team.

Executives often serve as faces of the company, and a press release functions to kick off this role. It may include biographical information to establish their credibility along with a photo and other pertinent details.

Why Would You Still Send A Press Release ?

Here are the top reasons why you need to write a press release:

Journalists and media outlets have far more reach than your business alone, so it makes sense to use press releases to garner more attention and awareness.

Sending press releases is a mutually beneficial exercise. Journalists need stories – if you can help them with this, it could be the start of a relationship with someone in the media industry.

If you can incorporate keywords efficiently, your rank for those keywords on search engines can shoot up.

Also, if a journalist uses your contributions for an article or blog post, it could get you backlink from their company’s website (backlinks are one of the best ways to get your content to the top of a search engine).

4. You can manage your image

An effective press release is also a good way to control how your business is viewed. You can build your brand image and shape public perception through an informative official statement with facts to counter any negative publicity.

One major question you may have is:

When do you Need a Press Release?

But how do you decide if your content is newsworthy?

For content to be considered newsworthy, there are a few factors that you need to take into consideration:

Most successful PR satisfy at least two of those three criteria.

The next step in learning how to write a press release is understanding the PR format.

If your press release conforms to a format that a journalist is familiar with, your odds of getting published are higher.

IMPORTANT: Before you write a press release you MUST do something newsworthy, in other words have news which journalists actually want to cover!

Your hook for the story/finding you’re pitching must be based on a trending topic journalists are covering right now.

What should you remember about the press release?

The next time somebody asks you “what is a press release?”, remember that the PR is not made only for getting press — it’s also a great tool that can help your SEO. It’s not only an advertising tool, but rather a means designed to communicate what is going on with the company. As long as the authors remember that, they can create effective content that will be noticed by their audience. 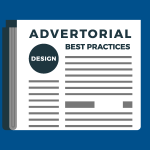 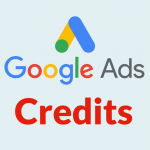 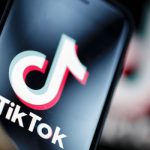 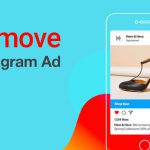 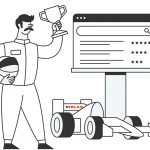 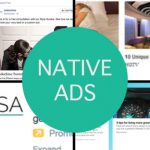 Native Ads : What are different types of Native Advertising ? 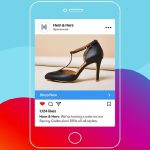 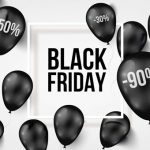 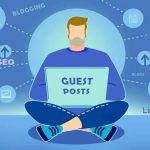