Jeannie Mai Jenkins is a mom! The 43-year-old TV personality has welcomed her first child with husband Jeezy. The new mom shared the exciting news on her Instagram on Tuesday, sharing a photo of a baby hospital crib.

“I asked God for a life of love and happiness. He sent me my family,” she wrote, before adding, “Baby Jenkins is here 🍼❤️.” The comments section was filled with congratulatory messages from friends and followers.

Mai and the 44-year-old rapper tied the knot in March, and in September, she announced her pregnancy during an episode of The Real.

Recalling how her strong relationship with Jeezy changed her outlook on having kids, Mai recalled: “You know, I was like, I know exactly what I want, I know exactly what kind of woman I want to be, and I always said, ‘I’d never be a mom.’ And there’s so many reasons now that are coming to fruition as to why I would have said that then, but I do know that you never say never, and that love can really change you.”

“I think the reason why it’s such a big deal is because Jeezy made me realize that I’ve never really felt safe in my life, you know?” she continued. “I’ve never really truly felt safe. And of course, it has to do with things that happened when I was younger, but when you know what feeling unsafe is like, that becomes your world. And falling in love with Jeezy, meeting someone who also didn’t feel safe in their life, we began to really create a place where our happiness spelled out what safe looked like around us.

So, as soon as you feel safe, in a healthy relationship, all of a sudden you start having visions and dreams and for both of us at the same time, it would be becoming parents, having kids.”

Over on Instagram, Mai shared a stunning series of images — including one of Jeezy kissing her stomach — from a vacation in Greece, writing: “When the heart sees what has been invisible to the eye…I have never been this thankful to feel so alive. Here come the Jenkins.”

Did Jeannie Mai Jenkins have a boy or a girl?

Jeannie revealed that she gave birth to her first child on Tuesday, Jan. 11, 2021, sharing a photograph of a crib and a baby blanket adorned with green, red, and gray footprints. The talk show host, stylist, and TV personality has yet to reveal the name and sex of the baby.

“I asked God for a life of love and happiness. He sent me my family. Baby Jenkins is here,” Jeannie captioned the Instagram post.

“Even though I have so much fun with my girls, I also love the rambunctiousness of a boy,” Jeannie previously told Distractify. “I don’t have a preference. I really, really just want a healthy baby.”

“This baby, whether it’s a boy or a girl, is going to bake, is going to be to doing facials, is also going to play softball because mommy was a pitcher in high school and killed it,” she added. “There’s going to be a little bit of everything, no matter who this baby is.”

How did Jeannie Mai Jenkins and Jeezy meet?

Jeannie Mai and Jeezy first met on the set of The Real. For one of their first dates, they headed out to a sushi restaurant. They then went salsa dancing.

As Jeannie Mai explained on The Real, she met Jeezy in 2018. Her divorce from her first husband, Freddy Harteis, was finalized in December 2018. The star made sure to emphasize that the date was extraordinary throughout.

“So we walk out, and we close down the club, and he puts his hands on my shoulders, and I go, ‘Please don’t kiss me, don’t kiss me. It’s too regular-degular. Like, this is so good. Don’t do the basic thing.'” she said. “I should have known he [is] anything but basic. He looks at me, and he goes, ‘Can I give you a homework assignment?”

“‘I want you to think about the last eight hours we just spent together and think about what you envision us doing together,'” she said. “‘What do you picture me being in your life? If this matches my notes, I will pursue you. If not, we’re cool to be friends.'”

His first official relationship was with Keyshia Cole, which lasted a couple of years from 2005 to 2007. After that, he was seen dating Danah Lewis who was also a singer and they grew so close that there was a rumor that they got married.

But shockingly, they broke up in 2009 stating some irreconcilable differences that were not talked about any further. Then in 2010, he got involved with Tynesha Dykes and despite having a great time together, they couldn’t keep it alive.

What about his career?

He’s been signed to Def Jam Recordings since 2004, his major label debut Let’s Get It: Thug Motivation 101 was released the following year and debuted at No.2 on the Billboard 200, selling 172,000 copies in its first week and was later certified platinum.

Since then he has became one of America’s most famous rappers. Jezzy has a net worth of $10million.

How many kids does Jeezy have?

Jeezy and wife Jeannie Mai announced on September 20 that they are expecting a child together.

This will be the fourth of Jeezy’s children, all of whom come from different mothers.

What did Jeannie and Jeezy have?

The Real co-host, 42, and rapper husband Jeezy, 44, welcomed their first child, she announced on Instagram Tuesday. Jeannie shared a sweet snap of a baby blanket covered in footprints with the nametag “Baby Jenkins” nearby, captioning the photo, “I asked God for a life of love and happiness.

Who is Jeannie Mai’s baby daddy?

Jeannie Mai, 42, revealed during Monday’s episode of the daytime talk show that she and her husband, rapper Jeezy, 43, are expecting their first child together. “I can definitely say that our real fam is growing,” Mai told her co-hosts, Garcelle Beauvais, Loni Love and Adrienne Houghton.

Was Jeezy married before?

Jeannie Mai Jenkins is an American television host and stylist. She is best known for her work on the makeover show How Do I Look? and the syndicated daytime talk show The Real. As a fashion expert, she is frequently featured on television programs such as Today, Extra TV, Entertainment Tonight, and Insider. 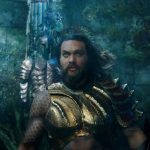 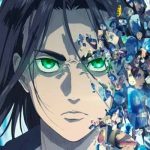 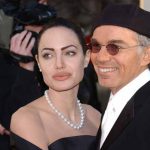 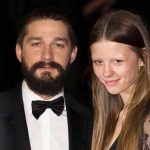 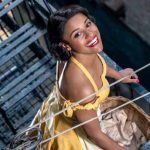