responded to the criticism from “One Million Moms,” a conservative Christian group, for her appearance in Uber Eats commercials alongside “Queer Eye” star Jonathan Van Ness.

“The world we live in makes me sad, but I’d do x1000000 more commercials with you just to piss everyone off!” Biles wrote Monday night on Twitter in response to an NBC News story containing the criticism. “The LGBTQIA will always have my support and feel welcome on my socials.”

The Uber Eats series of commercials entitled “Tonight, I’ll be Eating …,” feature Biles and Van Ness, who is dressed as a gymnast. The two are in a gymnasium and mirror each other’s actions at times during the ads. Van Ness says he identifies as nonbinary and uses he/him pronouns.

The goal of “One Million Moms” is to “stop the exploitation of our children especially by the entertainment media,” according to the description on its web site.

The group started a petition to no longer support Uber and condemned the ad as propaganda that was pushing an “LGBTQ agenda” that was “trying to brainwash viewers.”

In the article accompanying the petition, “One Million Moms” wrote, “Instead of making audiences lose their appetite by glamorizing a LGBTQ lifestyle, Uber Eats should focus on what it does and remain neutral on controversial issues.”

Simone Biles is one of the biggest stars competing at the Tokyo Olympics and on Tuesday she sent shock waves across the globe when she pulled out of the gymnastics team final.

Biles said afterward she was “dealing with a few things,” according to Olympics.com. USA Gymnastics said she was dealing with a “medical issue” while the Olympics broadcast said it was a “mental health issue.”

The Texas native could still compete in the individual competitions slated for the remainder of the Games and hopefully add to the U.S. medal total.

Biles has a ton of sponsors that had been behind her coming into the Olympics. Here’s a look at some of the most notable endorsements Biles has under her belt.

Athleta
Months before the Olympics, Biles left Nike to join Athleta. The Gap Inc.-owned sportswear brand already had Olympian Allyson Felix under its belt before the superstar gymnast signed on.

“I felt like it wasn’t just about my achievements, it’s what I stood for and how they were going to help me use my voice and also be a voice for females and kids,” Bile said at the time, via The Wall Street Journal. “I feel like they also support me, not just as an athlete, but just as an individual outside of the gym and the change that I want to create, which is so refreshing.”

NABISCO
NABISCO partnered with Team USA in May for its “Snack Together. Win Together” campaign. Biles along with Tom Scharr and Melissa Stockwell, joined the brand.

“Our brands are catalysts for creating connections and togetherness is our sport. After a year largely spent apart, we are proud to be a part of this shared moment, rallying friends and families across the nation to celebrate, snack and cheer on Team USA together – even if only virtually,” Rachael Lawson, the associate director scale consumer and retail engagement, Mondelez International, said at the time.

“We’re excited to partner with Simone Biles, Tom Schaar and Melissa Stockwell, all of whom embody our ‘Snack Together. Win Together’ mindset.” 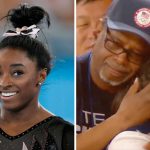 Simone Biles’ Adoption Story is Inspirational: “My Parents Saved Me” 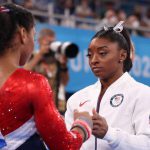 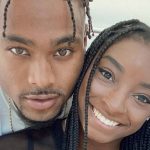 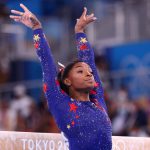 Who Are Simone Biles’s Parents? Meet Nellie and Ronald Biles 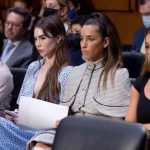 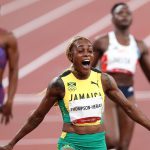 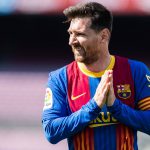 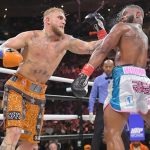 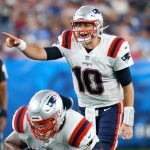 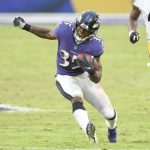 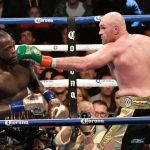 Tyson Fury goes up against Deontay Wilder for a third time to defend his WBC crown ! fans recall the dreaded ‘Drake curse’ 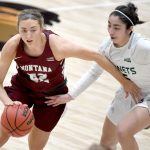