What Are TOTS In FIFA 22? How does it work? When is the release date?

The absolute highlight at the end of the leagues in FUT? Team of the Season. The best players from the Premier League, Bundesliga, La Liga, Ligue 1, Serie A and more are coming. But, when are the TOTS release dates? How can you vote? And who gets into the Teams in FIFA 22? Release dates, predictions, leaks and more: Find out everything you need to know.

The best players of the past seasons are included in the Team of the Season. A TOTS includes 15 players. The stars who have performed outstandingly for their clubs in real life can be found in the TOTS of their respective league.

Best thing is: There are not only different TOTS from the top leagues and many others, there is also a vote for all the players who are among your favorites.

How does the FIFA 22 TOTS promo work?

Throughout May and early June, EA is dropping fresh new cards to celebrate outstanding performances across the current campaign. As with previous years, these items are coloured blue, black and gold.

Every one of the five big leagues gets a TOTS squad at some point: England’s Premier League, France’s Ligue 1, Germany’s Bundesliga, Italy’s Serie A, and Spain’s La Liga Santander. Other leagues guaranteed a super-boosted roster include Portugal’s Liga NOS and Turkey’s Super Lig. There’s also a fan-selected Community squad, and going by previous years we should also see an Ultimate TOTS squad to finish the campaign.

The Team of the Season is now live and began on Friday 29th April 2022 at 6PM BST in FIFA 22 Ultimate Team.

EA have provided the following schedule in terms of squad releases:

In this section, we’ll reveal five players from each of Europe’s top five leagues that we believe should be included in the TOTS promo for their leagues. Although there will be plenty of squads up for grabs, we’ll focus on highlighting the potential players from Europe’s elite.

While the majority of TOTS players will come from title-challenging teams, it’s important not to forget other key performers outside of the top teams. As the TOTS squads are revealed we’ll update this list with a * next to our correct predictions. So far, we’ve gone 10/10 with the LaLiga squad up next.

Here’s a list of potential TOTS players that we could see in the future:

Are there FIFA 22 TOTS SBCs and Objectives players?

Inevitably, yes. Three SBC players were made available in week one, while we also scored two objectives players. A trio of those new additions enjoy an overall rating of 90: Giacomo Raspadori (CAM, Sassuolo), Carlos Vela (RW, LAFC), and Parejo (CM,Villarreal).

There are sure to be numerous additions throughout the month-long campaign. We’re therefore going to break from our traditional FIFA guides format, and keep a running list of them all below. It’ll be updated every Friday night throughout May.

Before the Bundesliga TOTS was released, only one question was in everybody’s head: how good will Robert Lewandowski be? Last season, he got a 98-rated card. And this time around? Well, let’s just say he missed the highest of ratings once more…

EA Sports has released a colorful mix of the best the Bundesliga had to offer this year. No, the Bundesliga TOTS in FIFA 22 does not consist only of Bayern Munich stars. Also, some breakout talents like Nico Schlotterbeck or David Raum made the squad!

How to vote for FIFA 22 TOTS

Every vote counts when it comes to the different FIFA 22 TOTS, so if there’s a specific player you want to see included in the event, you’ll need to back them. The process is as simple as ever, just follow these instructions to have your say:

Celebrate the best players from each of the world’s biggest leagues and beyond across the 2021/22 season with TOTS in FUT 22.

FIFA 22 Team of the Season (TOTS) starts on 17th of April 2022 (6pm UK) by starting the Community TOTS voting. The Community TOTS is also is expected to be revealed on Friday 22nd of April when the TOTS promo event officially starts in FUT.

How does Team of the season work?

How does Team of the Season (TOTS) work exactly? Each week, one or more team of 23 players representing the best from a particular league or geographic region will be released into packs. When those special cards are in packs, they replace the ordinary (or non-in form) version of those player cards.

What time do lightning rounds come out FIFA 22?

Typically during TOTY we see three Lightning Rounds per day, at 6pm, 7pm and 8pm GMT, where limited volumes of high-value packs are listed and when they’re gone, they’re gone. 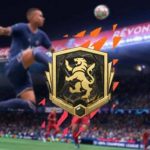 Are there division rivals in FIFA 22? What rewards do you get? 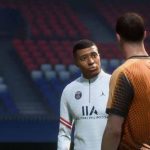 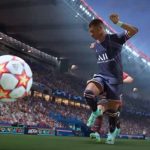 Is FIFA 23 the last? How to defend in the game? What are the best formations?

How do you play FIFA 22 cross gen?

Is FIFA free on Steam?

Is FIFA free on PC?