Fashion week and A spray dress! This is what model Bella Hadid wore at the end of the Coperni brand show at Paris Fashion Week.

Coperni surprises with a spray dress made live on Bella Hadid

Unprecedented moment at Paris Fashion Week. At the end of the Coperni fashion show, model Bella Hadid walks down the catwalk, simply dressed in panties, her arm hiding her breasts.
Two people approach her, grab paint guns and spray a white liquid all over her body.

It will take a few moments for the public to understand what is happening: the two technicians are in fact making a dress directly on Bella Hadid’s body.

Bella Hadid creates the event in Paris! Sébastien Meyer and Arnaud Vaillant are the brains behind ultra-modern Parisian label Coperni. For the brand’s Spring/Summer 2023 collection, the designer duo – who tied the knot on a remote Greek island last year – pushed the boundaries of technology and fashion even further. “It’s our celebration of feminine silhouettes from centuries past,” says Arnaud Vaillant in a preview on Zoom ahead of the show. “And we wanted to update our aesthetic in a more adult and scientific way,” adds Sébastien Meyer.
In 10 minutes, Bella Hadid goes from almost naked to wearing a dress painted on her body and in front of the public of the Coperni fashion show

Held in the Salle des Textiles of the Musée des Arts et Métiers in Paris, the show featured an assortment of standout moments. Designers haven’t been shy about playing with historical proportions, whether it’s exaggerated hips through padding on woolen pants, excessive draping of fabrics on miniskirts, or leather jackets that can be skillfully tied around the waist to emulate the aesthetics of the 19th century. Also, separate garments with square, bulbous shoulders nod to the present. “The square shape is inspired by characters from the online game Roblox,” explains Sébastien Meyer with a laugh.

Isabella Khair Hadid, known as Bella Hadid, is an American model, born on October 9, 1996 in Washington.

At Fashion Week, Bella Hadid has her dress “painted” at Coperni

Thanks to an innovative technique, designers Sébastien Meyer and Arnaud Vaillant succeeded in transforming an astonishing liquid into the fabric in which the model paraded.

She arrived in the simplest device and took part in an exceptional performance. This Friday, September 30, the top Bella Hadid was at the heart of a particularly striking moment during the spring/summer 2023 fashion week in Paris, having a dress “painted” live during the Coperni fashion show.

As you can see from the various videos in this article, the model of Palestinian origin was the center of attention for the masterful finale of the house founded by Sébastien Meyer and Arnaud Vaillant, two former designers from Courrèges.

It must be said that this tour de force of Coperni was prepared for a long time. The designers worked for six months with Fabrican to achieve this result. “We are not going to make any money from this, but it is a wonderful moment, an experience that will have aroused emotions”, explained Sébastien Meyer to Vogue Business.

Even if Coperni did not push the performance to undress Bella Hadid, Vogue Business notes that the material developed can then be transformed back into liquid. An experience that may be offered during a future fashion show.

Coperni made magic in Paris for Fashion Week, which lasts until October 4.

Her Spring/Summer 2023 collection should be memorable for many reasons, but one singular event put this show in the fashion history books: the moment Bella Hadid literally had a dress “sprayed” on her on the body. The creators of the brand “spray” painted a dress on the muse. A mind-blowing spectacle that lasted just over two minutes. 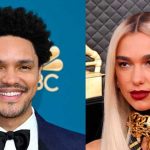 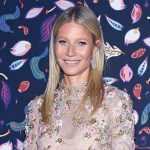 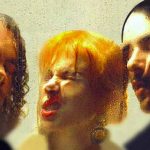 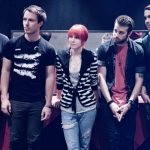 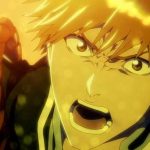 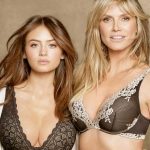 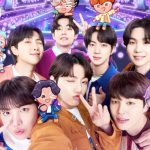 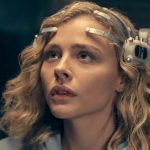 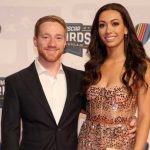