In diretta dal CERN in italiano

Live from CERN: Join us for the first collisions for physics at 13.6 TeV!

Teaser live from CERN: Join us for the first collisions for physics at 13.6 TeV!

Delphine explains the tasks behind #LHCRun3

The new VELO detector of LHCb

The world’s largest and most powerful particle collider started back up in April after a three-year break for upgrades in preparation for its third run, which will continue for nearly four years

What is CERN trying to do on July 5?

The world’s most powerful particle collider, the Large Hadron Collider (LHC), will begin smashing protons into each other at unprecedented levels of energy beginning July 5.

Scientists will record and analyse the data, which are expected to throw up evidence of “new physics” — or physics beyond the Standard Model of Particle Physics, which explains how the basic building blocks of matter interact, governed by four fundamental forces.

What’s happening at the Hadron Collider?

After planned maintenance and upgrades, the LHC was turned back on in April and is now up to full speed, meaning proton collisions can take place again.

A new period of data taking will begin on Tuesday, during which the LHC will run around the clock for close to four years at a record energy, providing greater precision and discovery potential than ever before.

During the experiments, scientists will look at the nature of the Higgs boson, discovered by the LHC ten years ago, with unprecedented precision and in new channels.

Known as the “God particle”, it gives matter mass and holds the physical fabric of the universe together.

The European Organization for Nuclear Research, known as CERN, is a European research organization that operates the largest particle physics laboratory in the world.

Established in 1954, the organization is based in a northwest suburb of Geneva on the Franco–Swiss border and has 23 member states. Israel is the only non-European country granted full membership.

What are CERN trying to do?

At CERN, they probe the fundamental structure of particles that make up everything around us. they do so using the world’s largest and most complex scientific instruments.

What does CERN stand for?

Why did CERN shut down?

CERN shut the accelerator down for maintenance and upgrade work that was extended due to delays caused by the COVID-19 pandemic. Now, it’s ready to smash particles for various research projects throughout its third run that’s scheduled to last until 2026.

Can CERN create a black hole?

The creation of black holes at the Large Hadron Collider is very unlikely. However, some theories suggest that the formation of tiny ‘quantum’ black holes may be possible. The observation of such an event would be thrilling in terms of our understanding of the Universe; it would also be perfectly safe.

Why there is Shiva in CERN?

Why does CERN have a statue of Shiva? The Shiva statue was a gift from India to celebrate its association with CERN, which started in the 1960’s and remains strong today. In the Hindu religion, Lord Shiva practiced Nataraj dance which symbolises Shakti, or life force.

When was the last time CERN was turned on?

It was built by the European Organization for Nuclear Research (CERN) between 1998 and 2008 in collaboration with over 10,000 scientists and hundreds of universities and laboratories, as well as more than 100 countries.

Who is the owner of CERN?

How is CERN is governed and organised? CERN is run by 23 Member States, each of which has two official delegates to the CERN Council. The CERN Council is the highest authority of the Organization and has responsibility for all-important decisions.

What is CERN God particle?

Ten years ago, jubilant physicists working on the world’s most powerful science experiment, the Large Hadron Collider (LHC) at CERN, announced the discovery of the Higgs boson — a particle that scientists had been searching for since 1964, when its existence was first predicted. 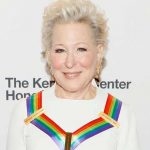