Humanode is a blockchain Layer 1 where deployment of nodes happens through zk biometric verification of uniqueness and existence of humans.

In contrast to PoW and PoS a person can only deploy one node and all nodes are equal in terms validation and voting power bringing proper distribution of power and democratic basis to decentralized networks.

Scheduled for mainnet launch in mid-2022, Humanode released the second version of its testnet platform. There were about 11,000 applications put in to become a “human”— biometrically verified validator—nodes.

About 3,000 participation invites were sent, and about 500 validator nodes operated simultaneously. After a two-week closed beta for its version 2.0, its public open beta version was released on December 23, 2021, and an extra 1,150 human nodes were launched. On February 10, 2022, this brought the number of active validators to 1,650.

How Does Humanode Work?

Humanode is being built on Parity’s Substrate framework, which allows for the creation and deployment of general purpose or highly specialized blockchains with hugely variable operating parameters and capabilities.

What problems does Humanode solve?

In its very foundations, the Humanode project aims to bring accessibility, inclusivity and innovation in the tech and crypto spaces and economics as a whole. The project is an alternative to the majority of blockchain networks that are based on consensus algorithms such as proof-of-work (PoW) and proof-of-stake (PoS) that currently dominate the field.

It is known that PoW and PoS are decentralized technologically but not power-wise, granting voting rights and rewards in proportion to users’ economic investments in an activity or resource, stake or computational power, leading to capital-based oligopolies and mining pools.

In contrast to PoW and PoS, Humanode utilizes facial recognition biometrics with the combination of proof-of-uniqueness and proof-of-existence — efficient tools capable of creating a decentralized protocol to counter malicious attacks on online platforms. The most spread attacks on peer-to-peer networks are Sybil attacks with the utilization of multiple fake virtual identities or, in the case of cryptocurrencies, nodes.

The Humanode system is designed to check and ensure that every person in the network is unique and has a singular identity. Human nodes are created through crypto-biometric authentication which is a combination of cryptographically secure matching and liveness detection mechanisms verifying the uniqueness and existence of real human beings.

Bringing equality and Sybil resistance to the system, Humanode design guarantees every individual the same amount of voting power and rewards, creating a democratic and fair peer-to-peer structure.

Humanode was originally conceptualized by Dato Kavazi and Victor Smirnov, the 2 co-founders of Paradigm, a well-known deep tech research institute.

Both Victor and Dato are veterans of the blockchain space and have heavy experience working with decentralized systems thanks to a decade of experience and their previous roles at various projects such as Citadel.one — a popular non-custodial staking dashboard.

In development since September 2020, the Humanode team has expanded considerably in the last 1.5 years, and it is now formed of 23 members from 14 countries.

Some of its most notable team members include its lead developer and co-founders MOZGIII (an accomplished multidisciplinary engineer), senior cryptographer Rafael Gedler (experienced in Multi-party Computation, Homomorphic encryption, and Zero-Knowledge Proofs), and Dmitry Lavrenov, a core developer at Humanode with significant blockchain development expertise.

Republic Crypto acts as a strategic and technical advisor for Humanode, and provides support in a number of verticals, ranging from technology and use cases to partnerships, marketing, and fundraising.

HMND token is a native token of the layer-1 blockchain Humanode. It fully supports smart contracts run on Ethereum and other EVM-compatible chains.

However, it also supports private biometric computations. A short list of how HMND token can be used:

The Humanode network is a protocol that can prove one’s unique identity through private biometric authentication schemes and grant permission to launch a node and verify transactions running a public permissionless network based on collective human existence. The core stack of technologies enabling human node technology include:

Humanode has successfully closed its $2M seed round. Led by Republic Capital, the seed round was supported by institutions such as Tribe Capital, Blizzard — the Avalanche ecosystem fund, Wintermute, GravityX Capital, Shima Capital, Genblock, AU21, and StaFi, along with Polygon co-founders Jaynti Kanani and Sandeep Nailwal. 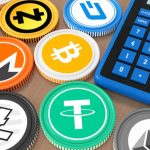 How do you calculate profit in cryptocurrency trading? + Crypto Calculator 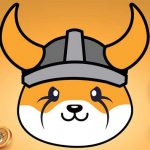 Is Floki Inu a Good Investment? How to Buy? 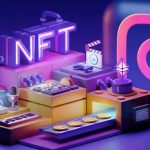