Destiny 2: The Witch Queen introduces the Void 3.0 rework that changes the subclass to operate in the same way as Stasis. This means players will no longer be limited to only three Void Grenades and will instead have access to all six of the Void-type Grenades, regardless of their chosen class. Here are all of the Void Grenades in Destiny 2 and how they rank among one another.

It is hard to compare different types of grenades with one another, as they all work very differently. For example, one grenade may have the highest total damage capability, but its DPS is the lowest of them all. Therefore, we will be ranking these grenades on what they actually do, as well as overall performance in the game.

Below are the six Void Grenades ranked from worst to best:

Vortex Grenade – This grenade is not actually a bad performer. It does solid damge over five seconds and in a four-meter radius. Still, this grenade just rings average; It’s not very bad but also not very good.

Scatter Grenade – The Scatter Grenade stands out for being able to one-shot enemies in PvP. Other than that, the grenade is pretty inconsistant and can often result in very low damage against an intended target if all of the smaller grenades dont lock on.

Voidwall Grenade – This is another grenade that damages enemies over time. However, it is a vast improvement over the Vortex and Spike grenades, as it does significantly more damage both initially and over time in a 10-meter line.

Axion Bolt – This grenade truly stands out in PvP situations. It sends a bolt that will seek out enemies within a 14-meter radius. This means that the grenade is pretty forgiving and will follow an enemy for five seconds before dissapating. It also has the lowest cooldown of any Void grenade at just a minute and a half.

Supression Grenade – These grenades are arguably the most solid grenades in all of Destiny. They can do a massive amount of damage with a direct hit, and they have the ability to bounce off the floor or wall before hitting an enemy. They have an eight-meter explosion radius, paired with a supression mechanic that disables the use of your class abilities.

So there you have it, those are all of the Void Grenades ranked from worst to best. The Void 3.0 update will no doubt add plenty of flexibility to the subclass, and we cannot wait to see what kind of builds are created using the different grenades that are now available to all classes.

Destiny 2 players always want the next best thing, and that thing is more challenging content. Raids, Dungeons, and Grandmaster Nightfalls, while tough are some of the most enjoyable content that Destiny has to offer. That is why Bungie has decided to create a Legendary Difficulty for The Witch Queen campaign.

Though, part of what makes the challenging content most enjoyable is the rewards you receive for completing them. Luckily, Bungie has shared what kind of rewards players can expect to receive while playing The Witch Queen Campaign on Legendary difficulty.

Below are the main rewards players can expect to receive when completing Legendary Missions for The Witch Queen:

Double chest rewards offering 1 to 3 extra chests per mission. Each chest will give you world pool gear, XP, upgrade modules, and Glimmer.
Legendary players will be able to earn Throne World armor and unlocks at a faster rate.

Higher the risk means higher the reward, especially when getting to the new Power Level soft cap in The Witch Queen.
Related: Destiny 2: All Void Grenades, Ranked

Here are the rewards players can earn for finishing The Witch Queen Campaign on Legendary Difficulty:

So there you have it, those are the rewards for completing The Witch Queen Campaign on Legendary difficulty. Bungie seems to have found a perfect middle ground for the difficulty, with it being harder than a Legend Nightfall but easier than a solo Dungeon or Grandmaster Nightfall. We think this Legendary Campaign stands as the perfect entrance into endgame content.

The first step toward obtaining the flashy new rock ship is to increase Xur’s Strange Favor to rank 16. As such, you will be spending a lot of time playing the Dares of Eternity game mode. To reach rank 16, you must complete about 70 Dares of Eternity challenges. You might think that getting more XP for consecutive play is worth it, but it doesn’t make much of a difference. You’ll still need to do a lot of work.

Treasure Keys will be awarded to you as you play Dares of Eternity. You should have seven Treasure Keys by the time you reach rank 16.

After reaching Strange Favor rank 16 and collecting seven Treasure Keys, you can claim your Unixursal Voyager. Find the chest at the back of Xur’s Treasure Hoard in Eternity. Look for the icon of a ship hovering above it. You will receive an exotic ship called the Unixursal Voyager when you open the chest.

How to get Filthy Lucre in Destiny 2

Filthy Lucre is one of the newer in-game currencies players can gain in Destiny 2. As such, it is incredibly important for certain purchases and quests, like the Bank Job. Luckily, there are plenty of ways that players can farm the cash.

Where to Farm Filthy Lucre

Players who have paid for their season pass will have an easier time than others in finding the currency, as it will enable them to unlock Catalyst Enhancement 11 and Catalyst Enhancement 22. These enhancements will allow the player to collect double or triple the earnings from standard matches.

Outside of this, players can participate in the Crucible, Gambit, and Nightfall matches to gain money. Just remember that this can be incredibly slow as each of the matches will grant a standard player only one Filthy Lucre. The grind of matches is the hardest part, but as long as the player participates, they will receive one.

Bungie’s Destiny 2 is one of the most popular live-service games around, but it also offers plenty of content appropriate for solo players. … While Destiny 2’s robust matchmaking system means players seldom indulge in the game’s activities alone, Destiny 2 can pan out for solo players with no dedicated fireteam.

Does Destiny 2 require PS Plus?

1 Answer. You can play Destiny 2 without PS Plus however most of the game modes and features will not be available. You will be able to do: Story missions for the main Destiny 2 campaign and each of the DLC’s you own.

Does Destiny 2 have a campaign?

Destiny 2 has over 50 campaign missions, each cropping up at a different point of the storyline. … You can play any of the campaign missions. New Light, for example, includes the three Destiny 2 year one legacy campaigns; The Red War, Curse of Osiris, and Warmind.

Did Destiny 2 Remove the story?

The “Forsaken” campaign, which is widely regarded as “Destiny 2’s” best storyline, will be vaulted by February 2022 as per Bungie’s latest TWAB. This will be the latest story quest to be removed from the game following the vaulting of the Red War and the main campaigns for “Curse Of Osiris” and “Warmind. 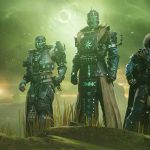 What is Destiny 2: The Witch Queen game about? Does it have an new changes? 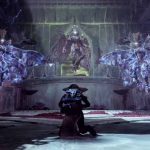 Destiny 2: The Witch Queen and everything you should know about the new characters and setting 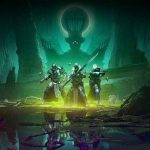 How to Get Destiny 2 Emblem: Two Sides, One of Us and Sister of Shapes Emblems 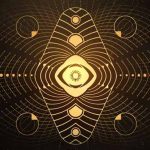 Destiny 2 Pattern: How to find and unlock weapon patterns? 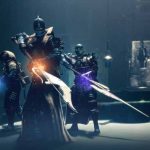 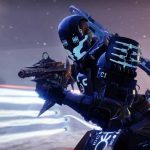 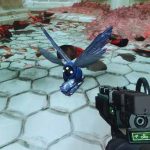 All Lucent Moths locations for week 1,2,3 in Destiny 2: The Witch Queen 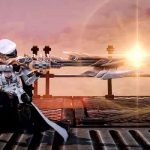 What Does Player Versus Player Mean? + The Best PvP Games 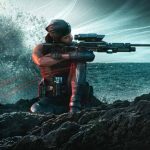 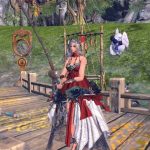 Best Games like World of Warcraft for Fans to Play 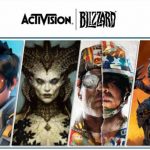 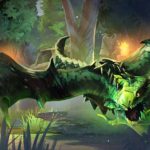 The New Dota 2 Hero: How to handle Dota 2’s new jungle and how to play and build Primal Beast